WiN: How did you first hear about the Wharton Neuroscience Initiative?

Ryan Leone (RL): I took Professor Hutchinson’s class on Consumer Neuroscience in the spring of 2017, and WiN Director, Professor Platt, came in to give a guest lecture. I then took Professor Platt’s class, Intro to Brain Science for Business, in the second half of that semester. While I was in Professor Platt’s class, I met with him and we talked about ideas related to some of the research he’s doing. He brought up the idea of creating a student group for WiN, and it pushed along the path to get to where we are now.

Allison Hechtman (AH): I heard about WiN in October of 2016 when Professor Platt was interviewed at a Wharton Executive Board dinner where he spoke a little about WiN and the point of the Initiative. I was really interested, so I met with both Dr. Johnson, Wharton Neuroscience Initiative’s Executive Director, and Professor Platt and later enrolled in the same class that Ryan did last spring. Ryan mentioned that he was forming the Student Society, and I was really excited by the prospect of it!

WiN: In what ways do you think that brain science, decision science, and neuroscience can fit together with business?

AH: I came to Penn strictly for neuroscience, so the intersection is new for me. It’s a lot of research right now, but it is still business and it can turn into a legitimate career. For example, I work for Nielsen in their neuro department, and it functions as a startup even though it’s a part of a huge corporation. The neuro program at Nielsen is about 6 years old, so it’s still being built up. Essentially, what happens at Nielsen is that clients send in their ads, often television ads, but print too, then Nielsen has participants come in and runs various tests that gauge how they respond to the ad. I think you can take neuroscience and business and go anywhere with it. You can go into advertising and marketing, you can go into law, economics, ethics. And part of it is that we haven’t even explored all the ways that they can work in concert with each other.

RL: We learn more and more everyday about how the brain works. It’s a field that’s developed tremendously over the past few decades and as we develop more of an understanding of how the brain functions, we get to see that it really does overlap with dozens of other fields. As you look more and more into how to gain an advantage in business, you start saying “what else can we grab for?” and you grab towards neuroscience, thinking “wow,” we can actually take hold of this to expand beyond what is traditionally considered business! That expansion beyond the traditional idea of what neuroscience is and what business is gets to a point where those two circles overlap. That is really where WiN falls in. I think one fascinating example of this intersection is in the case of geriatric patients with Parkinson’s or dementia. In the case of Parkinson’s, there is disruption to the dopamine pathway, and that causes people to have, in cases where they are going through treatment, effects on their decision making abilities. It pushes a lot of elderly people who have Parkinson’s to gamble. So questions arise about how changes in the way that your brain functions because of old age affect your purchasing decisions and how you adjust your behaviors.

WiN: What can students look forward to from the Wharton Neuroscience Initiative Student Society in terms of what the group looks like and where it is going?

RL: Across last semester and into this semester, there have been well over 100 people who have expressed interest in getting involved in different capacities. So, I think that communicating and publicizing is a big thing that we are trying to push to make sure people are aware of this. But more generally, the idea is that while there are lots of people, like Zab and Michael, who are studying and advocating for this at the professional level, I think that it has to develop at the student level. Whether on the research or the corporate side, we want to make students aware of the fact that they can go into this field as a career. So the awareness of the modern research sphere is important, but I also think it’s important to get people involved more broadly in research in general. For example, we are pushing for academic changes at the university to get a new scholarly program, perhaps a concentration or minor, and maybe a research internship program.

WiN: What would you describe as the WiN Student Group’s deliverables for this year?

AH: I am one of the research coordinators, and, along with Angela Malinovitch and Alex Farid, my goal is to help Zab match people with mentored research opportunities. It can be really intimidating to do this, especially if you’re reading about a faculty member’s research and it says “we use EEG and fMRI” and all these technologies that maybe you have read about, but have never actually experienced. It can be super intimidating. And often you go to these professors and they want you to have a background in using EEG and if you don’t, which most people don’t, they don’t have the time to train you. One of the things we want to do is create a program that makes research more accessible by giving people a basic rundown of general methods and technology skills, like EEG, for example, so that they are more prepared to go into a lab right a way.

RL: Whether it be through the research avenues that Allison is helping to coordinate or more general speaker events open to the public, our objectives can be best broken down into three categories: awareness, education, and career outlook. At every monthly meeting we have we’ll have a speaker come in for part of the time to present on research or present on something in the field. For example, at our first meeting we had Dr. Feng Sheng come in to talk about his involvement in research on marketing and neuroscience. Then in the future we’ll have more networking events, where we’ll try to bring in professionals at companies that use different forms of analysis to try and predict behavior. Finally, we’ll be trying to make changes on the local academic scale. We’re going to work towards creating a Wharton Neuroscience Scholars Program, where students can take a few classes, do research in the field, and maybe help with a project to get a designation as a Wharton Neuroscience Scholar when they graduate.

WiN: How can students get involved with the WiN student group?

RL: There are different levels of involvement that you can have. One place to start is just going to the Wharton Neuroscience Initiative website and signing up for the general listserv where WiN sends out broader messages regarding what’s going on in the field as well as on campus. We also have another listserv for the Student Group which is specifically for student opportunities on campus. Besides being on the listserv, at least once a month we’ll have a meeting at which there will be a guest speaker along with a discussion of what we can do and events we can plan. Then once we get settled, our various committees will start meeting. For example, one committee will plan a conference, another committee will work on putting the internship program together, another committee will focus on the academic challenges of getting a concentration or a scholars program approved, and so on.

WiN: Is there such a thing as an ideal WiN student?

RL: It’s important to remember that we all have brains. We’re all affected by business and advertising on a daily basis, so it doesn’t matter what your academic interests are- this still applies to you in some way and it’s worthwhile to educate yourself in some way on how these types of intersections are going to change the future.

AH: I really think that the only characteristic would be being passionate and having an interest. You can come from any academic background or be studying anything. Or have an interest in anything and find a way to incorporate that into business and neurosciences. I didn’t know much about it and I learned about it and it sparked this passion. And when you spark that passion and then you come into this group with other people that have that same passion, really anything can happen. 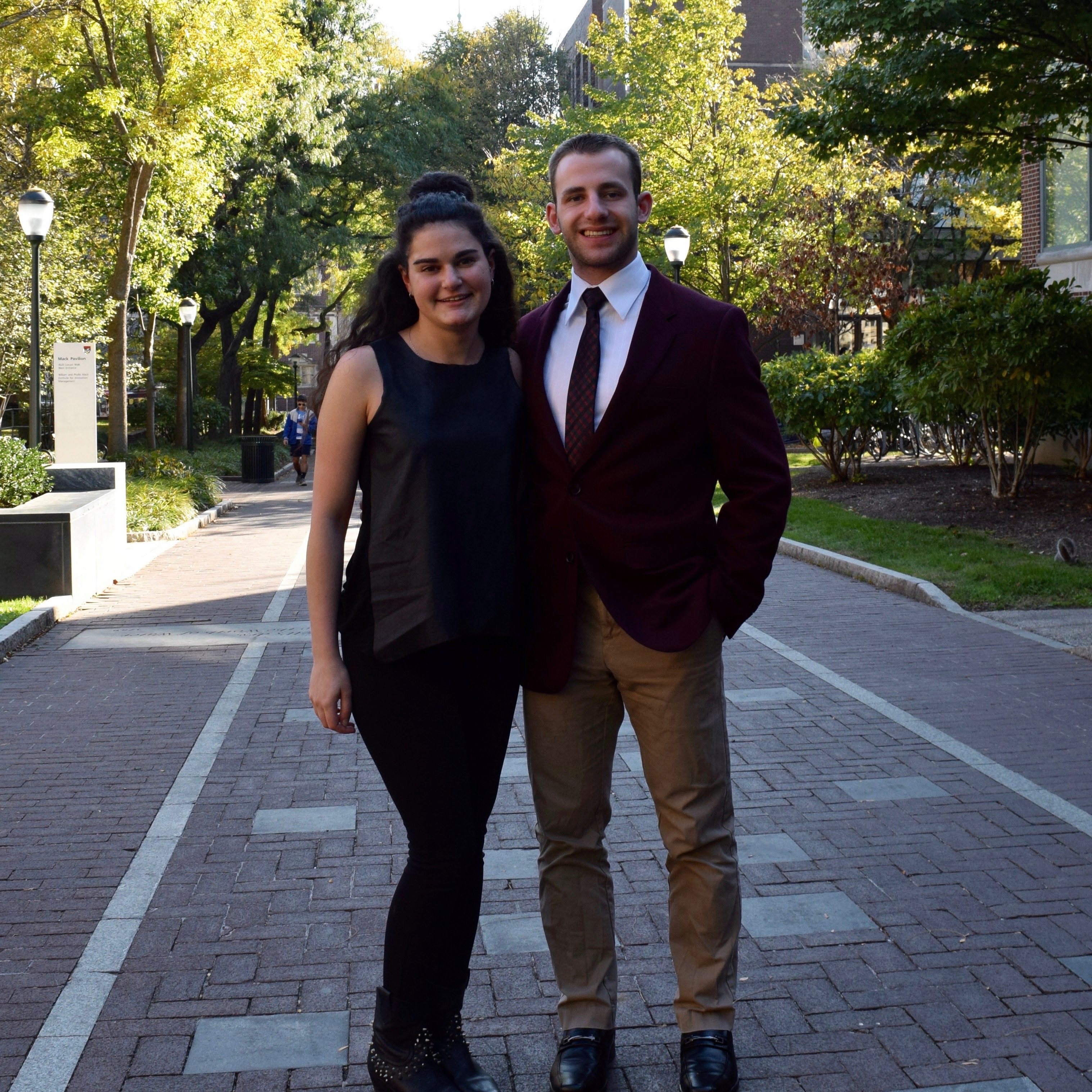 Undergraduate Students in the College and Wharton