A discussion with Professor Emily Falk, Associate Professor at the Annenberg School for Communication and the Wharton Neuroscience Initiative (WiN). Interview and write-up by Katie Fazio (W’20 C’20).

(WiN): What is your background and what led you to Penn and Annenberg?

Falk: My undergraduate degree was in neuroscience, after which I did a Fulbright in health policy and health communication research. Then, I worked at a health care consulting company, and that job consisted of translating pieces of information, ranging from healthcare claims data (primarily from large managed care companies), to how physicians and hospitals practice. In that roll, I was trying to coordinate between all of these actors and trying to get people to change their behavior, which is a really difficult thing to do.

Both in the work I did with my Fulbright and in my consulting job, it became really clear how difficult it is to get people to change their behavior. And I wondered whether some of the tools that neuroscientists had at their disposal might make it easier to understand and predict why people do what they do. So I started thinking about graduate school, and I ended up doing a PhD in Psychology at UCLA in a Neuroscience lab with that goal in mind. After that, I joined the faculty at the University of Michigan and later came to the Annenberg School here at Penn.

Falk: My lab studies social influence and persuasion, so we’re interested in how other people and the media influence the decisions that individuals make. Particularly, one of the core content areas that we focus on is health. For example, what gets people to exercise more, what helps smokers quit smoking; for teenagers, how do we help them take productive risks —like going out and meeting new people— and not take risks that threaten their lives, like driving in crazy ways, or abusing drugs.

We’ve realized that the brain really does contribute additional insight, partly because people aren’t that good at predicting what’s going to affect them and how they are going to behave in the future. And so we’ve worked on developing models that bring together the best information that we have from the social sciences —like psychology and communication— and how adding in the brain can help. And then we’ve built this out to other kinds of behaviors, like information sharing behaviors, such as what people share on social media. And what determines, when they do share, if they’re good at it or not good at it.

(WiN): How do you think understanding communication networks can influence business?

Falk: I think it impacts almost every aspect of business. For a team, internally, the question of how team members understand things relies heavily on members successfully influencing one another. Additionally, the ability to bring ideas together and innovate connects to the communication network of the team. Externally, once a team has something, being able to communicate that outside of their team to the rest of the organization is really important. It’s really fundamental to almost all of the goals that an organization might have. Whether it is a for-profit business or a non-profit or a government trying to influence the health of its people, communication networks are important.

(WiN): Do you see any ethical concerns involved with increased understanding of networks?

Falk: You can ask this kind of question about all science. For any kind of advance, or new gain in knowledge, you can think about applications that might be more prosocial or more detrimental in terms of well-being. In our case, I think it’s particularly important because there are a lot of large companies that have goals that are against what we are working towards. For example, I do a lot of work on anti-tobacco communication. Tobacco companies have enormous marketing budgets, and they have an enormous ability to influence people. So I think it’s critical that the public have access to cutting edge resources and tools. I think it’s important for the public to understand what’s possible because there is no mandate that industry has to make their innovations public. (They can choose to do that, but there is no reason they need to.) Whereas the kind of work that we do, often, is being published and we’re trying to translate it so that people understand “hey this is what we think that the cutting edge and the state-of-the-art is right now” and then we can have conversations about how it should or shouldn’t be used. Whereas if something is done in secret then we can’t have that conversation.

Falk: Translation – A lot of what my lab does is basic science work. It’s not like we’re going into a late phase clinical trial with the work that we are doing. But I think it is really important for people to understand how it might impact downstream outcomes, and then to figure out how we can work with the people who are doing the translational work in cases where we aren’t doing it ourselves. The people who are in public health, the people who are in business, who touch the end users. To say, here’s some things that we learned that might be interesting or useful for you to know and here’s how they might be interesting or efficient for what you are trying to do. 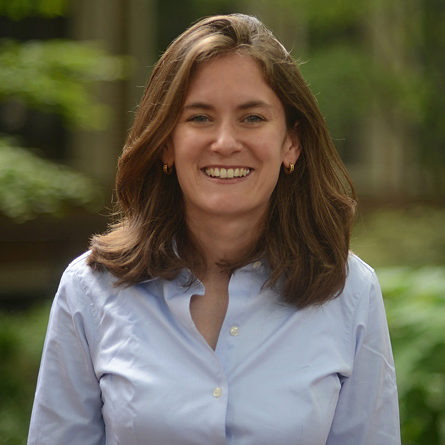 Associate Professor of Communication at the Annenberg School for Communication, with secondary appointments in Psychology and Marketing