A discussion with Professor Gideon Nave, Assistant Professor of Marketing at the Wharton School and the Wharton Neuroscience Initiative (WiN). Interview and write-up by Katie Fazio (W’20 C’20).

(WiN): Can you talk a little bit about your background? What brought you to the Wharton Marketing department?

Nave: My undergrad training was in electrical engineering, during which I focused on three things: machine learning, signal processing, and biological signals. While my formal training was in engineering algorithms that do learning or process signals, I realized that I was rather interested in reverse-engineering how the mind does it.

From there, I went to Caltech for my PhD, where I worked with Colin Camerer; we were exploring the idea of representing the human mind as a bounded rational agent, based on the notion that there are energetic costs to the computations that the mind does –because of which our brains sometime implement less computationally complex ways of thinking, that are otherwise sub-optimal. These ideas apply to computer programs too (not only humans), even though computers are so fast that the programs seem at times as if they are computationally costless. Likewise, the mind also needs to take trade-offs between computation complexity and accuracy, and it does so by sometimes relying on shortcuts or heuristics that help us solve the problems faster and with less effort. That’s what got me more interested in the brain.

Nave: My research incorporates principles from biology and computer science to explain how human consumers  make decisions. I’m interested in what generates individual differences, and whether these can be traced to biological and psychological causes (such as personality). I’m also interested in whether and how we can predict these individual differences from behavioral and biological data, such as Facebook likes, or brain images.

Another thing I’m interested in is within-individual differences. For example, there is me now and then there is me when I am hungry. There is me now and me when I am stressed. Overall, the idea is that we have the capacity to measure and estimate how our physiological and psychological states influence decision making, and we have ways to target individuals based on the situation they are in. Of course, there are ethical challenges to this, and I hope that my research will stimulate a discussion of what is acceptable in our society: Targeting can be used to manipulate people and do harm, or it can be used for good and help people exercise more, save for retirement, and eat healthier.

(WiN): What motivated your research on testosterone in Summer 2017?

Nave: I think it’s very much related to what I mentioned earlier about the way humans process information when it is costly. The basic idea is that people use shortcuts and we want to know when they are more likely to show it. Are they making mistakes? Sometimes it’s good to make faster decisions, sometimes it is not.

We specifically know that testosterone is associated with impulsivity and all sorts of disorders that are associated with impulse control, like alcoholism and aggression. It elevates in specific contexts related to competition and mating where humans and animals have instinctive responses. It’s also very interesting nowadays because a lot of people are taking testosterone supplements in the US.

(WiN): Would you say the psychological effects are more negative or positive?

Nave: I think it can go both ways. The impulsivity can backfire, but it sometimes works. If you work faster, you are perceived as confident. This can be related to social status. Watching the news, you can see that sometimes politicians who are fast and confident in debates may gain popularity, even when being factually wrong. So I don’t want to say anything in terms of normative value. But I think if you are taking something (like a prescribed hormone), you should be aware of what it may do to you both physically and psychologically.

I think it is in the best interests not only to the consumers but also to the companies to know both the physical and psychological consequences. It seems pretty obvious that these consequences exist. Whether we can measure and quantify these in the lab is a good question. We’ll have to continue looking into it.

(WiN): Is your approach to research more quantitative or qualitative?

Nave: I’m driven by the questions I want to answer. And you can answer different questions with different tools. So you can answer some questions with machine learning or computational models, but surveys can also be both qualitative and quantitative things. Currently, for example, I have a paper with survey measurements and estimations from the survey to predict other things from them. So I think the division between qualitative and quantitative is not that relevant nowadays. I think the quantitative people would say that I’m more of a behavioral person, and that the people that have behavioral approaches would say that I’m more quantitative. I’m somewhere in the middle.

(WiN): There is a growing canon of academic research in decision science. What do you think the average person takes away from the research that has been done to make their business run better or their product better? What are the practical applications?

Nave: I think the one obvious thing is that we now have measurements going beyond the self-report. When you watch an advertisement, your heart is beating, your skin is getting more or less sweaty in certain moments. Certain brain areas are activating as a function of what you see. These measurements may contain information that goes beyond actual self-report. I think ethically there is a lot of discussion about what the implication of this is.

(WiN): What people or concepts have had the most influence on your work?

Nave: In terms of people, I’ve been influenced a lot by the critical thinking of people at Wharton including Uri Simonsohn and Joe Simmons, and their efforts to make science better. There is understanding that a lot of previous results in science are not real, and the big problem is how this could accumulate without anybody noticing. Because of the reproducibility crisis, science has gone through some pretty big changes in the past few years. I’m a part of a movement that is trying to make science better.

(WiN): What is your favorite specific vocabulary word?

Nave: There is a term from neuroscience, “efficient coding” (it goes back to the early 1960s), which is about how neurons represent information. It basically means that sensory neurons are not always representing the objective state of the world (e.g., the light that lands on your retina), but rather code the information in a way that is less computationally demanding while adaptively responding to the environment. By doing so, we trade-off doing things that are optimal in every sense, while simultaneously reducing the resources we need to invest in terms of energy. 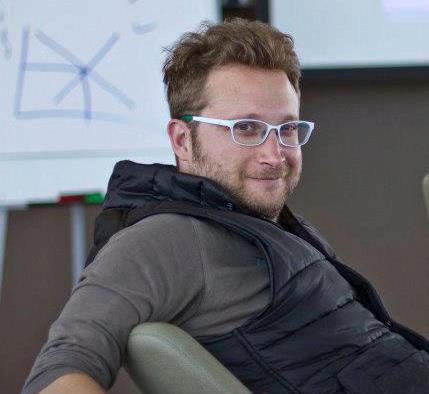