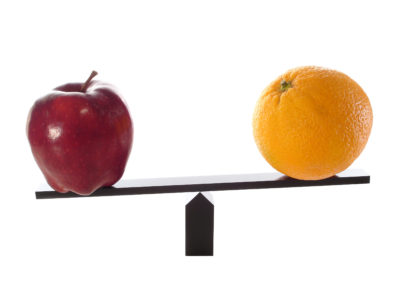 Would your decision change if you were told that your partner had actually been given $20, while you were only given $10?

The presence of this financial inequality may push you to risk more to attain the higher reward due to Risk-Sensitivity Theory. Risk-sensitivity theory (RST), originally founded in studies of evolutionary biology and animal foraging, states that “risk-aversion [shifts] to risk-preference in situations of high need, where needdescribes disparity between an individual’s present state and goal (or desired state).” It’s a concept that goes beyond just individual decision-making and helps explain the situations of entire nations.

With income inequality continuing to rise across the globe, economists and psychologists have begun to study the effects of the wealth gap on individual decision-making, aiming to gain insight into why there are generally poorer outcomes in regions with more inequality. Prior to being approached with a more behavioral perspective, the connection between inequality, and increased rates of consumer debt and crime has been misunderstood. However, the proper analysis of what drives widening economic differences proves crucial to resolving poverty and the disparity of public health.

Social comparison has shown to be a major influence on an individual’s perception of his or her own well-being. Even factors such as how rich your neighbors are or how well your classmates are doing in your biology class can affect your satisfaction with your own performance. A study conducted by Keith Payne, a professor of psychology at the University of North Carolina at Chapel Hill, tested how perceived need would change under low inequality and high inequality conditions. Participants were given opportunities to make gambles to win actual money, ranging from a low-risk low-reward option to a high-risk high-reward option.

As predicted, riskier gambling decisions were much higher under the high inequality conditions, revealing that people feel the need to risk more when they are aware of others already having more than they do.

Pre-existing research may appear to contradict these findings, since the poor have generally been found to be more risk-averse, as they lack the monetary safety net of the rich. However, these studies look at absolute income and ignore the importance of relative income.

The mere awareness of disparity influences whether or not you take more risks, which brings us back to the situation in which you are given $10 and asked to risk either $4 or $8. Given the knowledge that someone else is better off than you, you begin to view yourself as in a situation of relative loss and gamble more in hopes of making up for that gap. In addition, humans have demonstrated a preference for upward comparisons rather than downward comparisons. In other words, we are more inclined to measure ourselves in reference to those that have more than we do than those that have less. If you’ve ever found yourself diminishing your self-worth because you focus on the people around you that are seemingly more successful, know that it’s a psychological phenomenon that is inherently human. We tend to be less satisfied with what we have because we are constantly looking up toward a standard that we believe we should be achieving.

Professor Payne expanded his study to include considerations of how risk-taking may be observed in the real world. He gathered data from all Google searches since 2004 by state, looking for terms that reflect high-risk financial gain, such as “lottery” and “payday loans,” and low-risk financial gain, such as “savings” and “retirement account.” State Gini coefficients, which range from 0, representing perfect equality and 1, representing perfect inequality, were positively correlated with the number of high-risk search terms, thus demonstrating a link between inequality and risky decision-making. Furthermore, people in these states are aware of this wealth gap because of an increased display of status goods, corroborating the effects of social comparison.

Because an increase in risky behavior can also lead to unequal outcomes, where a few individuals will gain rewards at the expense of a majority of losses, these findings reveal that inequality is self-perpetuating. It’s a vicious cycle that many find themselves stuck in, exemplified by the long-standing association between behaviors, such as crime and gambling and relative deprivation. These findings provide insight into how the global increase of income inequality may be effectively reversed or at least slowed by reducing the magnitude of perceivedneed.

The positive correlation between risk-taking and inequality also applies to many situations beyond those which are financial. Upward comparisons made on standards of pleasure could drive people to engage in behaviors such as smoking, drinking, or unhealthy eating, implying that humans may prioritize social well-being over physical well-being. The notable phenomenon of “peer pressure,” studied widely in teenagers, is founded in a sense of inequality in social status. Adolescents desire acceptance and belonging, which can oftentimes be found through praise from peers for such self-indulgent acts. Future studies should look into why public health is usually lower in countries with greater wealth gaps and how to address the lack of equal accessibility to healthcare resources.

Risk-sensitivity theory and the social neuroscience perspective as a whole identify the root cause of numerous economic issues. Further research may be able to prevent us from wasting more of our money and taking unnecessary health risks.

Rebecca Jiang is an Economics and Cognitive Science major and a Computer Science minor (C’23) from Belmont, California.