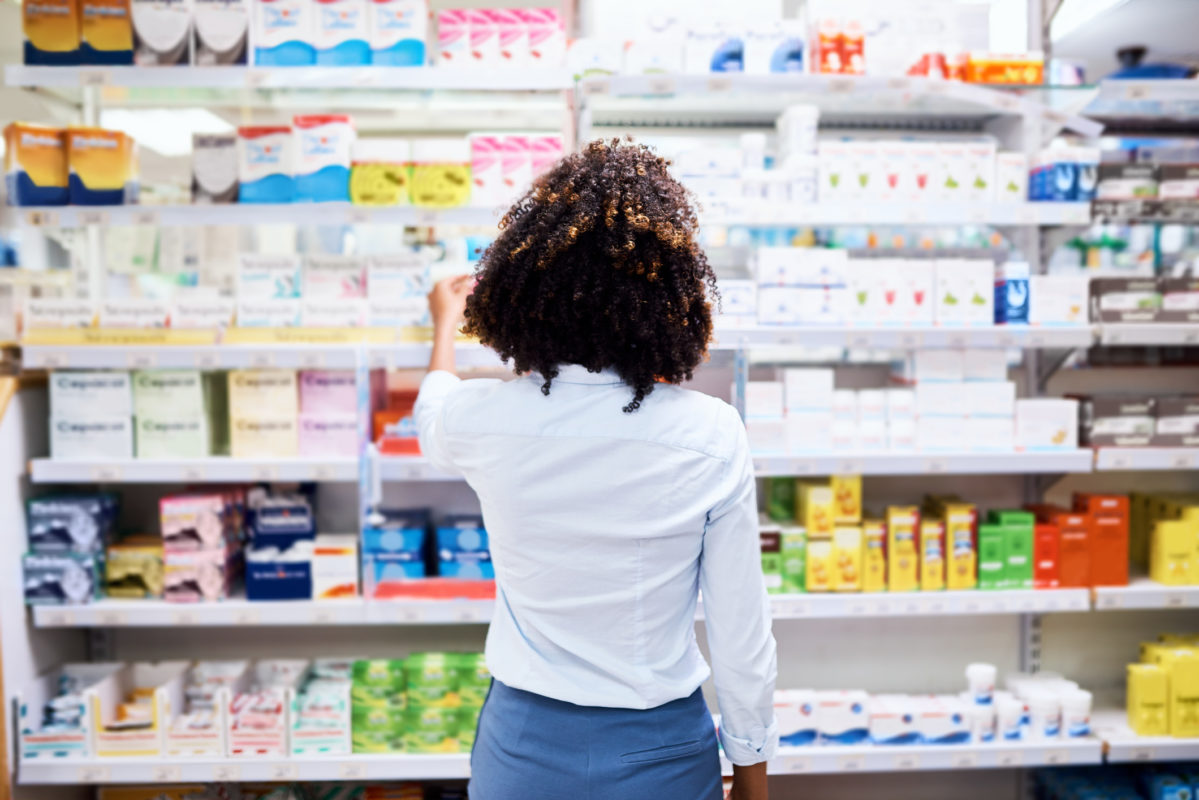 You’re watching T.V. and an ad begins to play. A couple runs down a sandy beach looking off into the distance laughing about something that certainly can’t be funny enough to warrant such a reaction. For a split second you think to yourself, “What could this ad even be about?” Then you the narrator informs you about a medicine with possible side effects ranging from nausea and vomiting to cardiac arrest, stroke, and fatal forms of cancer. It might seem that these forms of ads can’t adequately convince people to talk to their doctor about certain drugs, but that is not the case.

Considering that pharmaceutical companies spend more than more than 4 billion dollars annually on direct-to-consumer advertising (DTCA) for prescription drugs in the United States alone (Ventola 2011), it seems that they have some sort of cost-effective impact. A study conducted by Dr. Abby Alpert at the University of Pennsylvania was able to quantify the impact of DTCAs. Ultimately, she discovered that a ten percent increase in drug advertising could increase prescription drug use by about five percent (Alpert et al; 2015). While this finding confirms something that may seem obvious, it raises other ethical questions that are not as simple.

Of the people who were persuaded by the advertisements, the majority of them had never used the drugs before and the rest were reminded by the advertisements to adhere more to taking the drug. Based on this it would seem ads are improving human health by providing access to information and reminders. However, it was also found that many people initiating new treatment were less likely to continue treatment, indicating that it is possible the advertising is initiating new use by patients who might not need treatment (Alpert et al; 2015).

Overall, this study confirms that prescription drug advertisements, despite their usual wishy-washy nature as well as their unappealing risk information, are working quite well. From a social welfare standpoint, however, the results of this study are inconclusive as to whether DTCA improves the level is beneficial for the health of consumers.

The ambiguous nature of the impact that DTCA has on increasing standards of health is a cause for debate over whether it should even be legal (The U.S. is one of only two countries worldwide who allow it) (Marwah et al; 2018). Opponents of DTCA argue that they can over overstate the positive benefits and result in unnecessary increased spending and that they can provide too much trust for drugs that have not been tested for extended periods of time. Proponents of DTCA argue that they provide knowledge to consumers about common conditions and treatment options while empowering patients in decision making for their own well-being (Marwah et al; 2018). The actual ethics of DTCA are extremely important so that we may continue to improve health standards for patients. Acknowledging that there is heated debate over whether DTCA for prescription drugs should be allowed, I’d like to simply explain why these types of ads work to the extent that they do and how they could be improved.

First off, the simple explanation for why these commercials are often the same dramatic format and filled with cautionary information is that the FDA has a set of guidelines that pharmaceutical companies must follow. The policies enforced by the Food & Drug Administration Division of Drug Marketing, Advertising, and Communications group ultimately require that product claims are made so that “fair balance” applies. Risks have to be included in a “brief summary” for T.V. ads and have to be included in a “major statement” (Ventola 2011). Basically, these constraints make it so that pharmaceutical companies can’t hide the possible side effects, market the drug as if anyone can take it, or make claims that aren’t substantiated.

Now, how do drug companies decide which commercials get shown to consumers? Most ads that currently air today were narrowed down from a larger pool largely by using market data collected from focus groups or surveys. Marketers ask consumers to predict which ads would convince them the most to use their product, and the most convincing ad is selected (Hsu 2017). These methods, however, do not always yield the best results.

The field of neuroscience finds that people are notoriously bad at predicting how likely they or someone else is going to do something (Hsu 2017). However, we can accurately and consistently predict how people will behave by studying how the brain reacts to various things (Hsu 2017). While people aren’t good at figuring out how they will act, unlocking what is going on in the brain allows us to truly understand how humans tend to behave.

The field of neuromarketing, sometimes also called consumer neuroscience, utilizes medical techniques such as fMRI and eye tracking studies in order to understand consumer behavior correctly (Orzan et al; 2012). Companies have begun to utilize neuromarketing strategies because of this accurate and accessible data. The pharmaceutical industry should be no exception, especially considering how hard it is work with the important guidelines from the FDA. Neuromarketing techniques would be highly advantageous for pharmaceutical companies to focus choosing the most effective ads to broadcast. In fact, it is very possible that many of them already do, but the types of studies conducted by most pharma companies is not public information.

Now how could they do this? Well, for instance, using electroencephalographic (EEG) analysis, marketers can measure brain activity when consumers are shown different advertisements. Specifically, by measuring patterns in brain stimulation in the prefrontal cortex, where decision making occurs, we can determine emotions that consumers associate with various stimuli in the ads (Ohme et al., 2010).

Another popular technique that pharmaceutical companies could gain insights from is eye tracking. By determining what individuals look at in an image or video, the data can be used as a proxy for engagement or attention levels. For example, a study by Sullivan et al (2017) ran eye-tracking studies of people viewing pharmaceutical advertisements and namely discovered that distracting visual or auditory elements around risk information reduced attention and reduced retention of risk information. From a neuromarketing perspective, results like this could be an incentive for pharmaceutical companies to use these techniques in order to distract consumers from the risk information that they are including due to their legal obligation. In the hopes of convincing more consumers to talk to their doctors about a drug, it seems likely that using neuromarketing to determine which ads might distract consumers from unappealing but required information would work well. Ethically, however, this practice is not beneficial for the welfare of society because it would possibly lead to overutilization and unnecessary spending.

Sullivan’s findings and Alpert’s findings on the effect of increased advertising raise more questions about how ads with dire side risk information continue to drive sales. Is it purely since there is a spectrum of how people value certain drugs’ benefit despite their jarring side effects? That is, even though some drugs have harsher side effects, people will ignore them because the drug has an even greater benefit than the immense risk. Or could it be explained by the fact some visual or auditory rhetoric used in the ads are blurring consumers’ focus on side effects and focusing on benefits? This could be answered by studying the level of attention to risk information people have while watching ads that have shown to increase utilization. Results from studies like this and many others could help to inform even the FDA on whether there should be new or stricter guidelines on DTCA regulations.

Jake Becker is a Cell and Molecular Biology major and an Economics minor (C’23) from Medford Lakes, New Jersey.