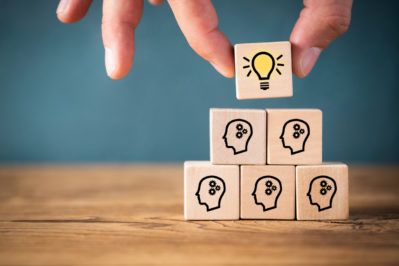 Over the past half a century, the fields of economics and neuroscience have seen rapid development in theoretical and methodological aspects. Behavioral economics has flourished with an embrace of the “irrational agency” that empirical investigations have yielded. Cognitive neuroscience’s evolution exploded with the advent of brain imaging technology. Task-based functional magnetic resonance imaging has enabled researchers to organize brain areas based on their involvement in different cognitive states. Both disciplines have benefitted from computerization and the internet, giving rise to rapid data analysis and communication. More recently, an interdisciplinary field known as neuroeconomics has emerged to answer questions about what insights into value and reward, decision making, and consumer behavior neuroscience can offer.

In this article, we’re going to see how neuroscience, economics, and psychology intersect in organizational team dynamics. Ideally, a better understanding of how people work together can grant not only economic profit but individual satisfaction as well. By applying theories and methods of neuroeconomics and psychology, we are able to better understand how teams form, function, and improve. Feeding this information back into the business world could generate competitive advantages for the business interested in optimizing both the productivity and fulfillment of its employees. For a concept as general as teamwork, identifying the metric for comparing outcomes is difficult due to the influence of the specific industry, project, and available capital. As we’ll see, neuroscience can be especially useful in such a scenario, as it offers empirical metrics for distinguishing effective and ineffective strategies above and beyond self-report.

The psychological study of synchrony between people is a prime candidate for application to organizational teamwork. Synchrony is a phenomenon in which multiple people engage in action that is coordinated in time and space. Two ready examples are the coordinated march of an army unit and the symphony of sound and movement in an orchestra. When it comes to goal-oriented teamwork, synchrony is most relevant in developing team chemistry. Wiltermuth and Heath (2009) from Stanford’s Organizational Behavior Department investigated how synchrony engenders prosociality and rapport between participants in a few different experimental set-ups. The experimenters found that going on walks with synchronized steps resulted in higher cooperation than did the control condition of “normal” walking. Cooperation scores were also higher when participants sang “O Canada” together, and co-singers were more generous in their contributions to a public fund in an economic game following the singing than were participants who listened to the anthem but didn’t sing together.

Recent research has looked into the neuroscience underlying synchronous activities and found that people engaged in coordinated action display synchronized waves of brain activity. In economic games in which prosocial cooperation leads to the achievement of a shared goal, interbrain synchronization increases (King-Casas et al., 2005). This mirroring of brain activity is thought to reflect the shared intentional focus and, in an eloquent reference to human nature, higher levels of self-similarity recognized in the teammate (Hu et al., 2017). Combining these findings with the increasing portability of electroencephalography (EEG) machines, brain-to-brain synchrony offers a metric for management to evaluate the effectiveness of a team composition or of various team-building interventions. In addition to EEG, an up-and-coming technology known as functional near-infrared spectroscopy (fNIRS) has a high potential for commercial application due to its mobility and minimal invasiveness.

According to research done by social psychologists at Amherst College and Northeastern University, synchrony doesn’t just promote cohesion but also amplifies task performance (Valdesolo et al., 2010). Subjects in the synchronized condition of this experiment took part in a pre-task synchronization of movement (in this case, while in rocking chairs). Following this, the participants were timed on completion of a two-person maze task, and the synchronized teams completed the maze about 15% faster than the non-synchronized teams. If task-based performance improves with a synchronizing ritual, then perhaps the traditional approach to teamwork should be reconsidered. A future direction to research that would be illuminating for real-world application is the addition of “pre-game rituals”, so to speak, into organizational contexts (e.g. before sales calls, presentations, or team projects).

Another consideration when understanding teamwork is that some roles and some individuals play an exceptional or central role (e.g., head chef, sports team captain). However, it may be the case that maximizing available talent depends on the people around the talent; research on outstanding heart surgeons found that they performed at average success rates when handling cases away from their “home base” team, while reliably performing at a high standard when working with their usual operating room team (Huckman & Pisano, 2006). This study serves to underscore the importance of teamwork for not only accomplishing projects requiring a collective effort but also for enhancing the unique capabilities of the individuals in the group.

In addition to synchronizing people to achieve more, teams can be improved through the implementation of fair reward structures. Cooperative action requires some level of prosocial decision making to be a successful strategy, and there may be room for improvement in business practices regarding the administration of material and social reward. Within the corporate world, it has been observed that people receive higher levels of happiness and satisfaction when presented with fairness, equality, and cooperation. Tabibnia and Leiberman (2007) reviewed neuroimaging studies that showed higher activation of the reward system when dealing with fair offers than if they received “unfair offers of equal monetary value.” The concepts of fair vs. unfair offers are presented in this study through the ultimatum game. This review explained that in many studies of the ultimatum game, participants tend to reject unfair offers and not completely maximize their own payoffs, which suggests fairness plays an important role in decision making. Neuroimaging has supported this conclusion because fairness activates the reward system of the brain incentivizing people to act fair with monetary offers and not elicit or take part in unfair offers.

This review also supported the idea that in an organizational setting people tend to prefer interpersonal equity over material reward. The “inequity aversion” is an extremely strong force that leads many people to sacrifice their own gain in order to not have another person “receive an inequitably better outcome” (Tabibnia & Leiberman, 2007). In addition to fairness and cooperation stimulating the reward regions of the brain, they also show activation in the regions of the brain responsible for positive reinforcement learning. This is most likely the result of humans’ evolution to “operate socially, from infancy, when the social connection to parents is critical for survival” (Tabibnia & Leiberman, 2007). Previous studies linked to cooperative actions and monetary gain were mainly assessed through self-reports and behavioral analysis, yet neuroimaging and other neuroscience techniques have confirmed the emotional and psychological feelings of participants.

It is evident that cooperation and fairness share the same level of importance, if not higher, as monetary values, yet these ideas are rarely discussed within business practices and organizational settings. This review also confirmed that fairness and cooperation tend to increase intrinsic motivation while monetary benefits provide extrinsic motivation. Intrinsically motivated individuals tend to have greater levels of job performance and satisfaction.

With the rise of grand ideas in industry and the breakneck speed of technological progress, it may be that the firms that place an emphasis on teamwork through synchrony, fairness, and cooperation will gain the edge in both short-term effectiveness and long-term sustainability of the business as an entity. Firms that facilitate the highest level of teamwork could strike gold on an insight only accessible to humans working together at their peak potential. Fair compensation, social and financial, is key to a positive workplace culture. Incorporating these ideas into the business world would shift the corporate culture in a positive direction for everyone: employees, executives, and stockholders.